We know and love Craig’s guitar playing for decades.  A career that includes a founding member, lead guitarist and songwriter of one of the most successful rock bands of all time. Craig was with the band from it’s beginning with Grace Slick, Marty Balin and Paul Kantner, right through the Mickey Thomas days. A second, successful, award winning and million selling career as a Guitar Instrumentalist in the New Age / Smooth Jazz followed.  Now
Craig and his band perform a fusion of both, with an exciting vocalist, Shae Johnson, who has the voice to cover the lead singing parts of Grace, Marty and Mickey and a stage presence equal to any.  Fans of Craig Chaquico and Jefferson Starship will love the combination of the two.  That is the message of this marketing video.

10th Annual Voices of Latin Rock Autism Awareness Concert.  Designed as a TV :30, with another, longer video to be produced closer to the concert date. Worked so well, the concert sold out with it embedded in a few email blasts and a very modest amount of Social Media Marketing.  With Adam Bell of dataTV using nothing more than the poster art file, pictures of artists to create the movement, we create an integrated media marketing tool within a “user friendly” budget. The Voiceover provides the story board. It’s live on our Facebook Page.

The newest Will and Willie show with Will Durst and Willie Brown, plus guests Rich Lieberman and Pete McCloskey, is streaming at willandwillie.com,  24/7 in 4 TV segments and two Radio half-hours.

Controversial 415 Media Blogger Rich Lieberman defends his online correspondence. Pete McCloskey tells you how Earth Day started and how he and Willie made someone a multi-millionaire by helping to get the first casino in Atlantic City, NJ. And all Pete got was a “lousy briefcase” that Willie gave him. Neither of them got any participation in the lucrative casino deal. The guy who walked away rich served with Pete in The Marines. Hoo Rah! 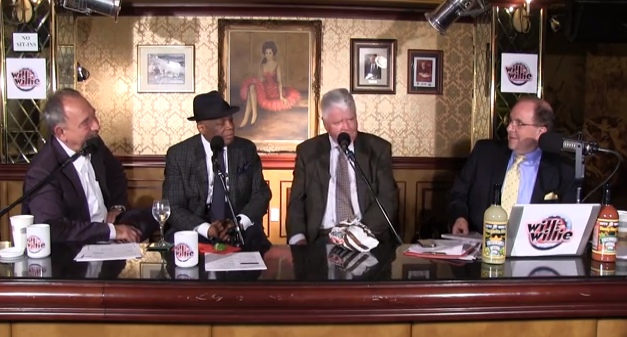 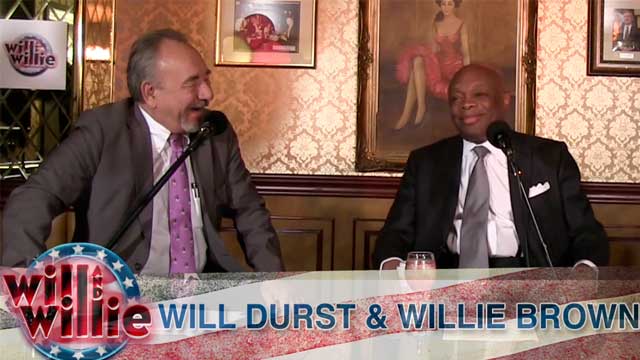 Join us for the live taping of The Will and Willie show on Tuesday, April 22nd (Earth Day) at The Gold Dust Lounge at San Francisco’s Fisherman’s Wharf. Our program stars Political Icon Willie Brown and Political Comedian Will Durst. The show will be streamed on iHeartRadio live, on 960 The Patriot from 6-7 pm Sunday April 27th and on KSCO at 7AM in Santa Cruz. The video version will be archived at WillandWillie.com and on MySourceTV.com.

Our guests will be former Congressman and Co-founder of the official recognition of Earth Day Pete McCloskey and 415 Media’s Rich Lieberman, TV, Radio, and Internet Blogger.
http://en.wikipedia.org/wiki/Pete_McCloskey
http://richliebermanreport.blogspot.com/ 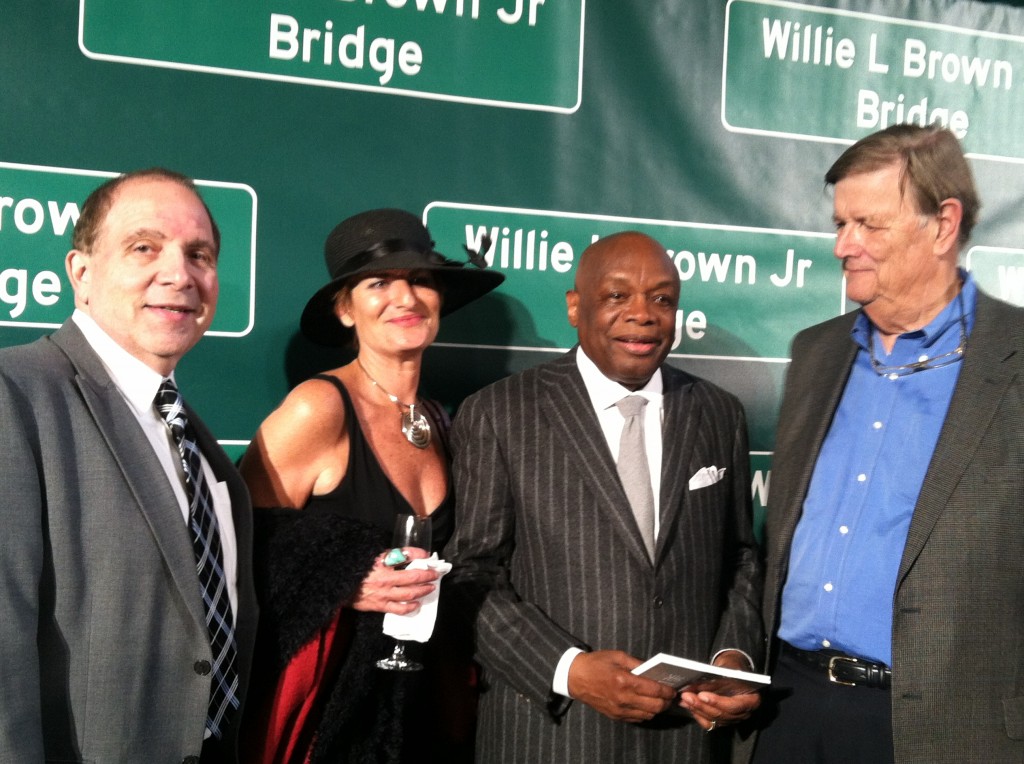 The Dedication Ceremony was at Treasure Island, site of the 1939 World’s Fair in California, on February 11th, 2014.  Rather than explain the myriad of reasons that the first Black Speaker of the California State Assembly, the first Black Mayor of San Francisco, and Political Icon Willie L. Brown, Jr.  has been so honored, let us direct you to the Video of the Flow Communications produced Will and Willie Show, March Episode, Part 1.  The subject is discussed, and the voice mail message from old friend and fellow African-American Pioneer, Bill Cosby, is heard for the first time outside of those hundreds of people, Civil Rights Leaders who knew Willie Brown as a young man, California Lt. Governor Gavin Newsom and other dignitaries were in attendance.  http://www.youtube.com/watch?v=xJUOSfj1–Q